Stay up to date
follow us on
2.The italian way of life First floor

Consumption, habits and lifestyles
Visitors are taken on a journey through time, exploring how patterns of consumption, our home environment, social practices and the characteristic elements of Italian material culture changed during the course of the 20th century. 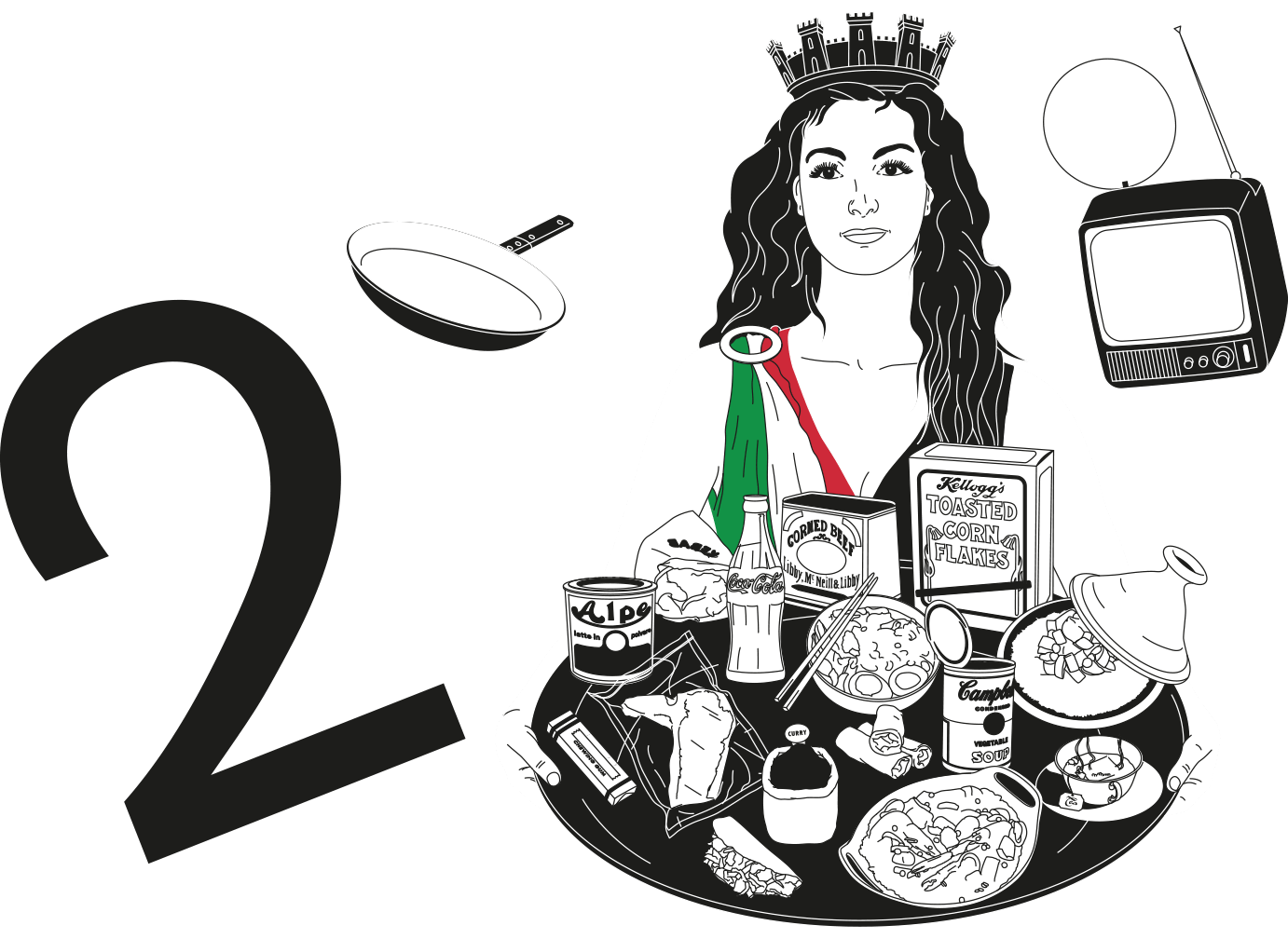 The kitchen has always been the heart of the home for any Italian family, although it has changed considerably over the years thanks to technological advances and industrial progress.
This theme area shows how kitchens have evolved, presenting four reconstructions from different periods and the testimonies of the people who used them. It explores the role of food in defining the Italian identity, from the products which filled the collective imagination and stomachs of our grandparents to the latest eating habits brought about by evolutions in today’s food industry.

Our modern-day notions of health and hygiene are relatively recent: for most of the 20th century, most Italians lived in houses that did not even have a toilet. This part of the display shows how our opinion of personal hygiene has changed, how scientific discoveries and medical practices enable us to defeat diseases that were once incurable and how improved hygiene has considerably increased average life expectancy.

Up to the 1950s, many Italians did not own new clothes, they used to make their own garments at home using cast-offs and mended them regularly to make them last longer. Many did not even have a bedroom, let alone a wardrobe, to keep their few rags in.
Today our sophisticated elegance, the expertise of our businesses and workers and the reputation of our designers have made us famous the world over.
This section examines how we went from barely having any clothes on our backs to turning the Made in Italy label into a universally known and respected style.

2.The italian way of life 2.4 From livestock to pets

According to national statistics, in 1901 there were more than 5.5 million cattle and buffalos, 10 million sheep and goats, 2 million pigs and just under 2 million horses in Italy.
Dogs and cats were not mentioned and neither were birds, rabbits and pet fish included in the censor. Hens, donkeys and piglets often lived in people’s homes but were treated as working animals or food to put on their tables.
Today, on the other hand, the number of pets is the same as humans: the population of Italy today is 60.5 million and we have 60.4 million pets: 7 million dogs, 7.4 million cats, 12.8 million birds, 29.9 million fish, 1.8 million lizards and reptiles and 1.3 small mammals.
90% of Italians no longer consider themselves owners but see their animals as cherished members of the family, experiencing the same feelings for them that parents have for their children.
In the past we never let them into our homes, now we can’t get them out of our beds.

2.The italian way of life 2.5 The dream house

Italian design is known and celebrated throughout the world: over the years it has created some of the greatest status symbols of our time, with a precise and much-admired conception of domestic spaces. This display does not focus on the houses Italians lived in, but rather the houses they dreamt of and imagined: symbolic places which showcase some of the most iconic furniture ever Made in Italy.